The Arctic Death Spiral chart shows the rapid decline in the volume of Arctic sea ice. Another important data set records how the area of the Arctic Ocean covered by ice is reducing over time. 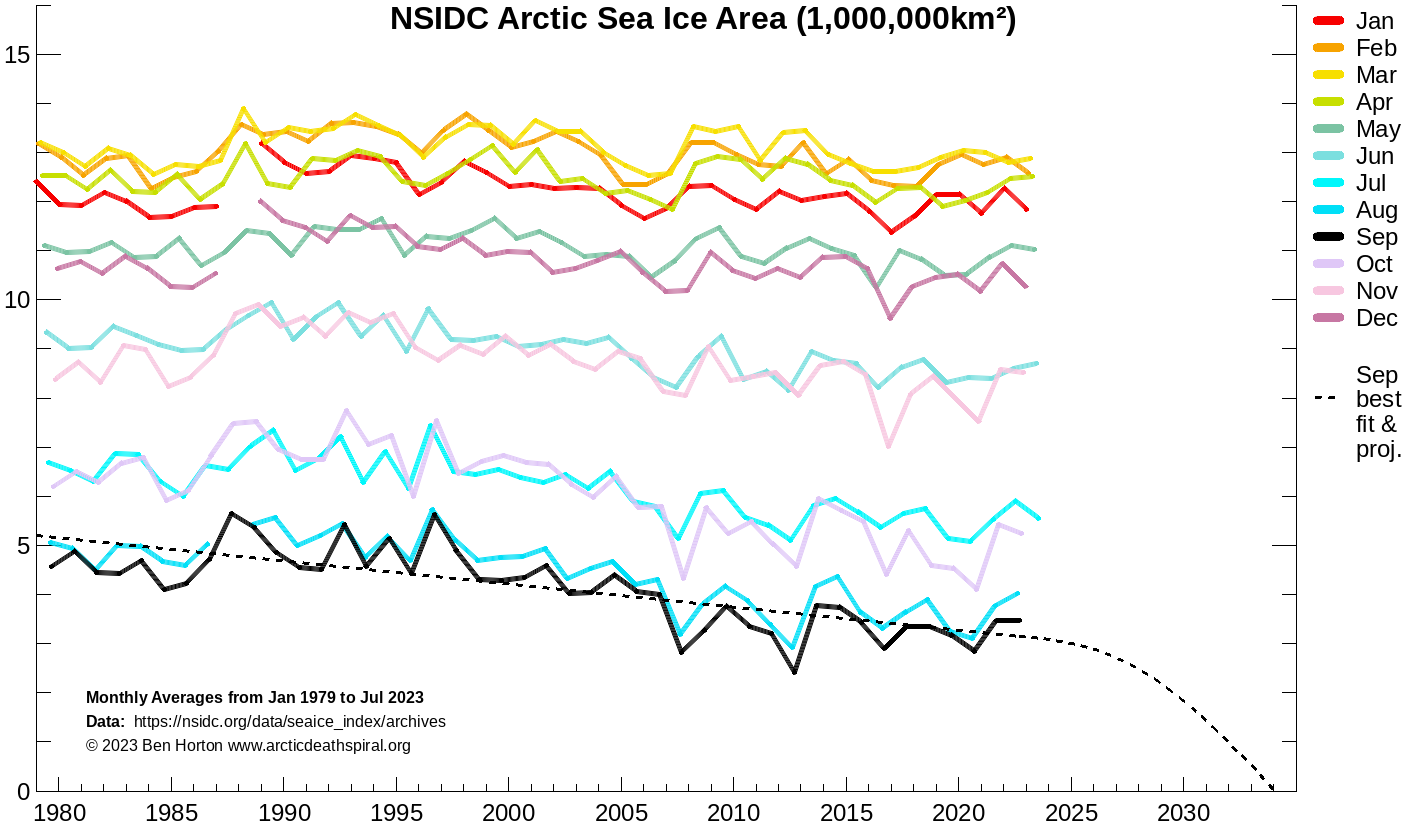 The area covered by Arctic sea ice is critical, because ice is more reflective (has a higher albedo) than water. As this area reduces, the Earth reflects less sunlight causing additional global warming in a vicious circle of positive feedback.

I've plotted the area of sea ice rather than its extent, as I'm interested in the total reflective area. For a full explanation please see https://nsidc.org/arcticseaicenews/faq/#area_extent.

The following table shows what fraction of the sea ice area has been lost in each "sunny" month since the data-collection started in 1979.

The good(-ish) news is that even though in, for example, August we've lost most of the sea ice when measured by volume, most of the area that was historically covered by sea ice is still covered now, and is still reflecting lots of sunlight. Current climate models suggest that the positive feedback from the loss of sea ice so far has caused less than 0.1°C of additional global warming. (See https://climatetippingpoints.info/2019/04/02/fact-check-will-an-ice-free-arctic-trigger-a-climate-catastrophe/)

The corresponding very bad news is that the positive feedback caused by the loss of Arctic sea ice has hardly even begun. As the decades go by and the months when the Arctic sun is strongest (May, June and July) become ice-free then the feedback will become significantly larger.