estimates that in the UK, about 5,500 more deaths a year occur in the coldest quarter of houses than would occur if those houses were warm.

Another study (UK has sixth-highest rate of excess winter deaths in Europe) found that each winter "9,700 die due to a cold home". 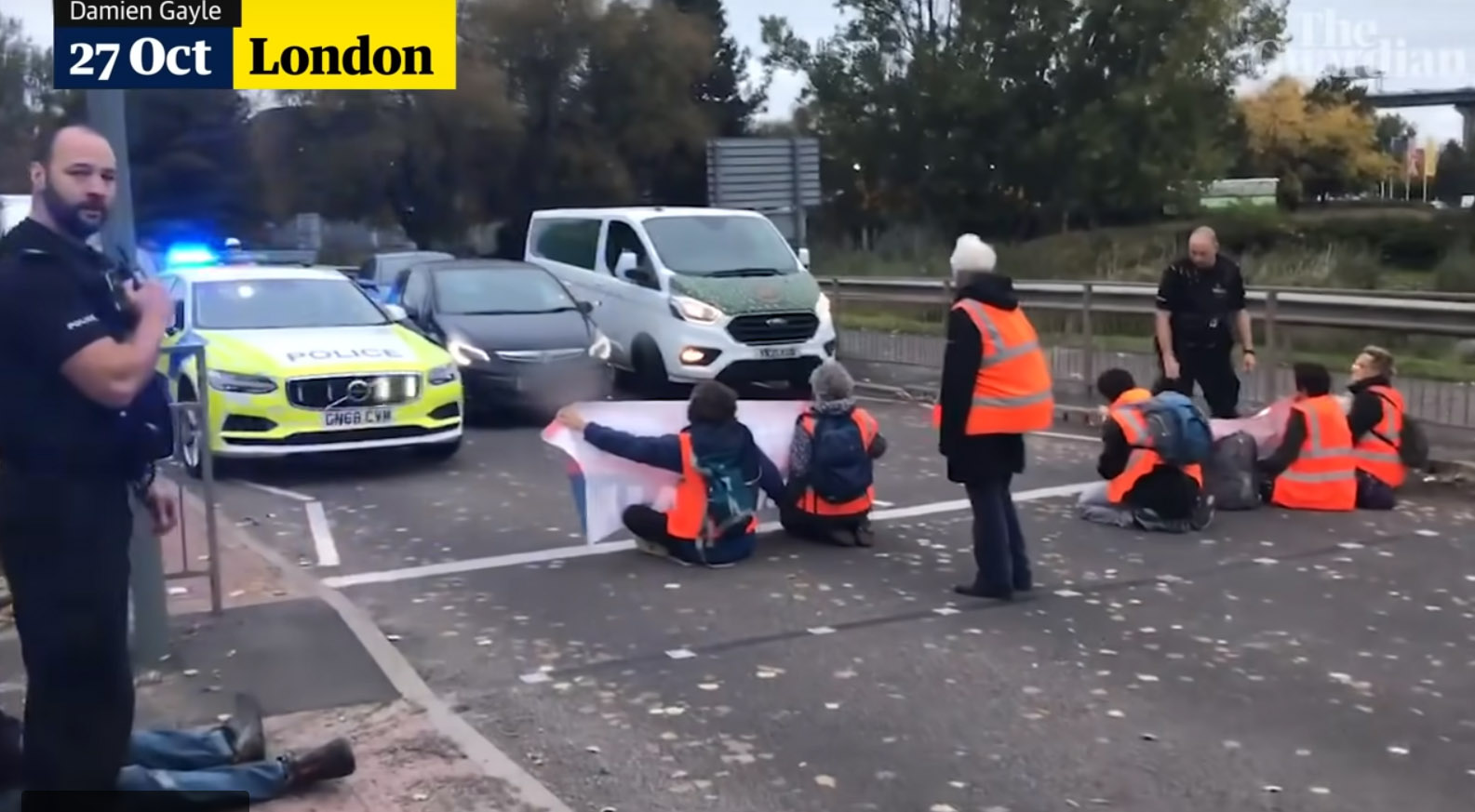 InsulateBritain.com makes the climate emergency relevant to a British audience. While Extinction Rebellion has since 2018 been rightly, loudly sounding the alarm about the unfolding climate catastrophe, the main consequences of the catastrophe are the deaths of millions of faraway people in future decades. InsulateBritain are calling out the UK government's complete failure to "act now" (Boris Johnson, UN General Assembly 22nd September 2021) and insulate homes, without which thousands of British citizens will continue to die in this country each winter.

While XR can mobilise thousands of protesters onto the streets of London, just a few dozen Insulate Britain protesters appear able to cause more disruption and achieve similar levels of news coverage. The organisation's name perfectly captures its call to action, and can end up being read out several times per hour on traffic bulletins.

How Much Work Is It?

The UK government has bound itself to achieve Net Zero by 2050. Even though, from a climate-emergency perspective, that's way too late, home insulation is a low-tech, ready-to-go solution, which is universally necessary for us to get anywhere near Net Zero.

Let's look at some maths. There are days until 1st January 2050. Estimates vary but they agree that there are over 20m homes in the UK. Let's suppose most of them (say 20m) need to be insulated. That means that, if we work 365 days per year, we need to insulate this number of homes per day between now and 2050:

This figure is already dauntingly high and is increasing while you watch, by homes as each wasted day passes. The longer we postpone starting this essential project, the harder it becomes to complete it by 2050.

The government target for a 68% reduction in carbon emissions (compared to 1990) by 2030 (UK sets ambitious new climate target ahead of UN Summit) suggests we need to move a lot faster. To insulate all homes by 2030 we would need to insulate this many per day:

(Obviously, using 6DP is nonsensical given my initial approximations but it illustrates the rate of increase, which will be similar whatever the exact starting conditions)

By averaging over the different housing types on https://www.thegreenage.co.uk/how-much-does-external-wall-insulation-cost/ let's guestimate that it costs £10,000 to insulate a typical UK home. Total cost to insulate 20m homes: £200bn. That's about two HS2s, in the far-fetched scenario that HS2 comes in on budget.

According to https://homeofficemedia.blog.gov.uk/2021/09/22/policing-minister-statement-on-insulate-britain-protests/ the traffic delays caused by the protests between 13th and 17th September 2021 cost the economy "in excess of half a million pounds". In a rational world that money could have been used to insulate over 50 homes.

The French government is already giving grants of up to €20,000 for home insulation and heat pumps through the MaPrimeRenov scheme. The system has come in for criticism but something similar can work in the UK now.

In October 2021, the government announced grants of up to £5,000 for heat pumps to replace gas boilers in 90,000 homes over three years. At that rate, it will take 6+ centuries to replace all gas boilers. And without fitting good insulation the heat pump probably won't keep the home warm enough.

Even if you don't support Insulate Britain's methods, you can surely support their aims?

Let's try to get this critically important matter debated in Parliament: https://petition.parliament.uk/petitions/594431