Climate-change deniers and the UK government like to claim that "UK greenhouse gas emissions have fallen by 42% since 1990".

This statistic deliberately ignores CO₂ emissions generated by flights, shipping and the manufacture of imported goods, which are all rising. This misleading measure is referred to as Territorial Emissions. All signatories to the Kyoto Protocol, such as the UK, are legally obliged to report them.

Without the contribution from the retirement of coal-fired power generation and the increase in generation from wind and solar (a reduction of 69 MtCO₂e) there would have been no fall in emissions. 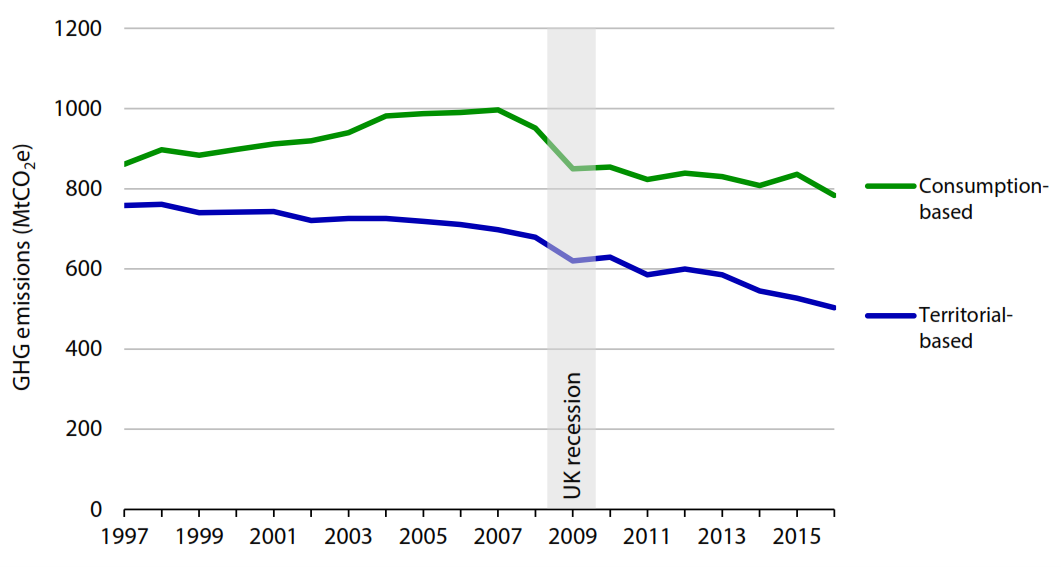 This more honest account is referred to as our Consumption Emissions. These have been estimated by DEFRA (Department for Environment, Food and Rural Affairs) since 1997. The chart above comes from the Committee on Climate Change's report Reducing UK emissions 2019 - Progress Report to Parliament - July 2019.