Arctic Amplification is the phenomenon where the Arctic is warming significantly faster than the global average. The causes include:

I'd never been able to find out how much the Arctic had warmed, until at 4m51s into Peter Wadham's TED Talk "A Farewell to Ice" he shows a remarkable plot of temperature increase by latitude. I couldn't find an attributed copy of the image anywhere, so I plotted it from the HadCRUT5 Analysis data: 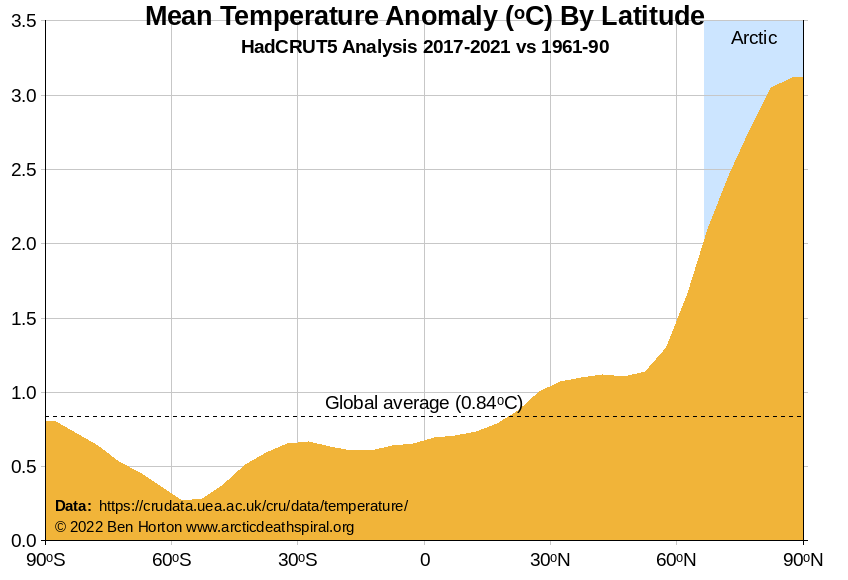 The temperature increase in the high Arctic is nearly four times greater than the global average!

If you're wondering why there's a lot more amplification above the global average line than below it, it's because our planet's surface area per degree of latitude at polar latitudes is much smaller than at equatorial latitudes. For example 25% of the Earth's surface lies between 90°S and 30°S; 50% is between 30°S and 30°N; and 25% between 30°N and the North Pole.

I've re-plotted the chart above with latitude scaled by surface area: 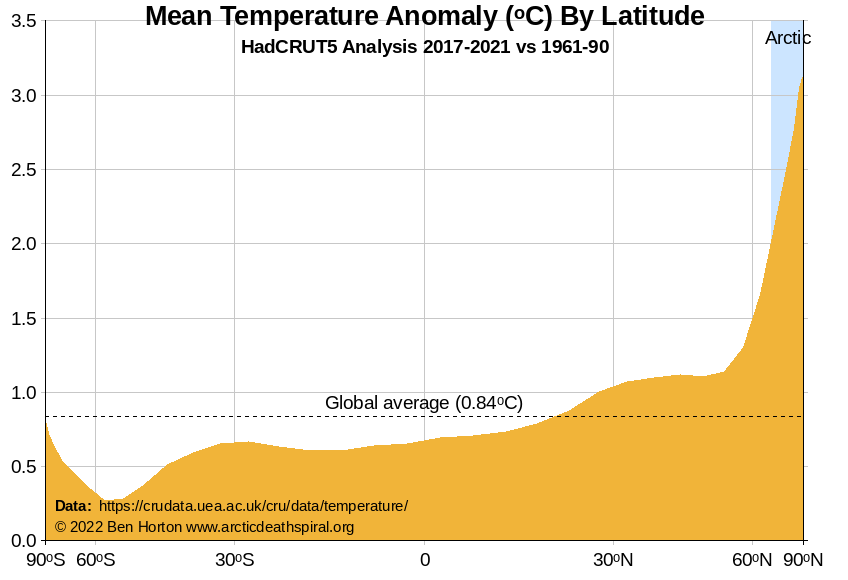 Arctic temperatures have been increasing far faster than the rest of the world consistently and progressively over the last few decades.

This chart shows the temperature change at each latitude averaged over four 5-year periods, and shows how it has increased globally and in the Arctic over recent decades: 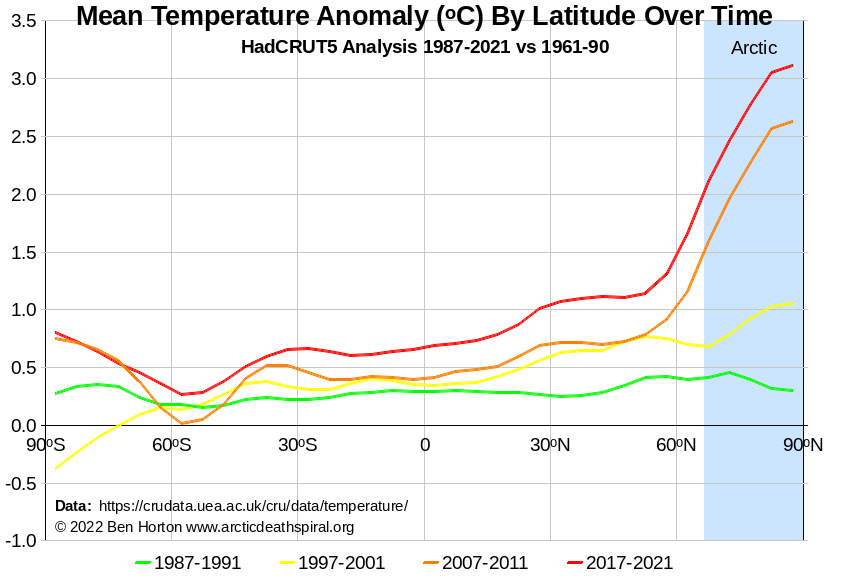 I was interested to know whether the Arctic has warmed more at one time of the year. So I plotted temperature increase averaged over the last 5 years for each latitude and month.

The answer is: yes, there is large variation between months. This charts shows that temperature increases in the Arctic are most extreme during the winter, with increases of around 5°C at the highest latitudes during October, November and February: 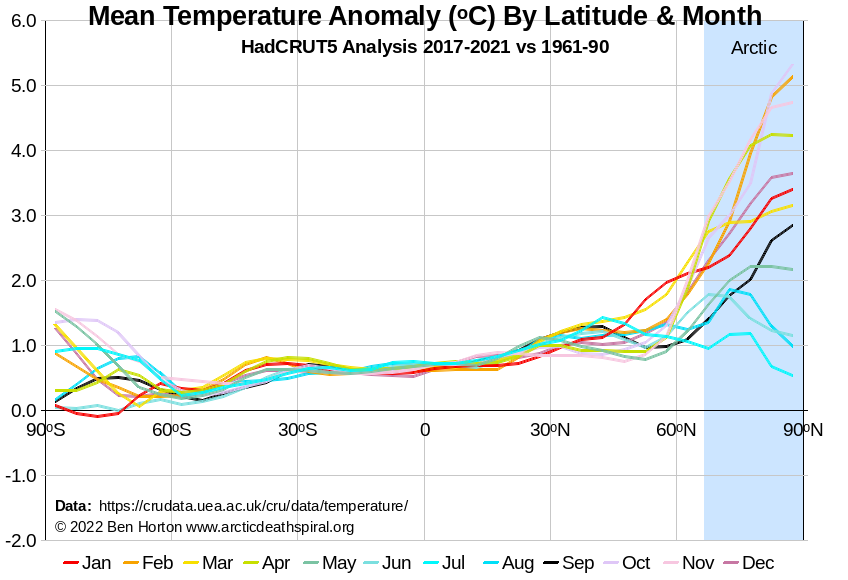 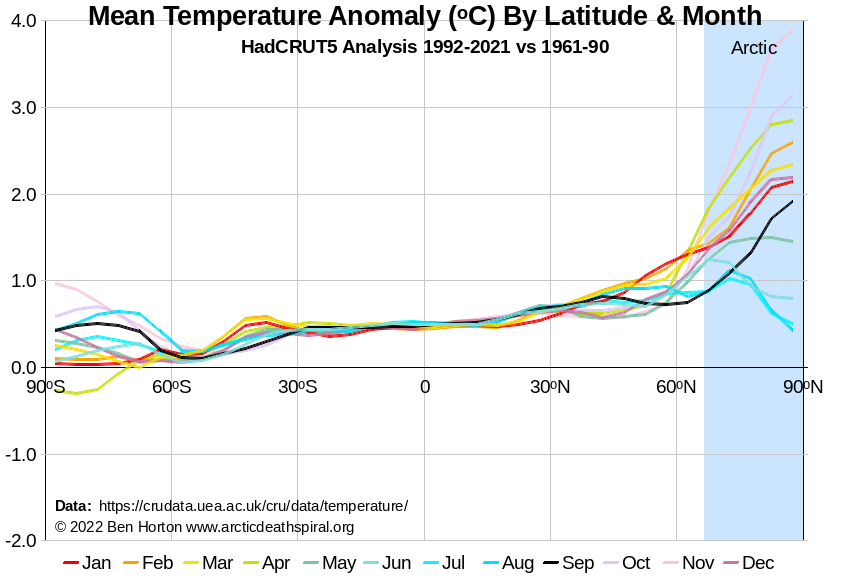 The best explanation I have seen for the seasonal variation is that, comparing now and 50 years ago...

This suggests that Arctic Amplification will soon start to become significant during the summer months, as more significant areas of sea ice are lost - see Arctic Sea-Ice Area Loss.

Thank you to my friends Bradley Dean, Alex Zeffertt and Jonathan Shanklin for their help with this page.